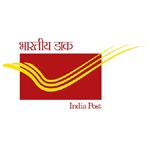 Demographic Change: Post economic liberalization, there is large scale migration of people from Villages to Cities. Simultaneously there is large scale inter-state migration. In 90’s, no one would have thought of settling in Southern State from Northern part & vice a versa. Today approx 30% population in Bangalore & Hyderabad is migrant. Its a matter of fact that large scale migration is good for logistics business. The courier companies were not able to identify this change and scaled up operation due to high cost i.e. Branch Expansion. In other words, the margins are low therefore it was difficult to commit huge investment. The “Collection point” model failed miserably again due to service level issues as it need huge manpower.

Competition: In last decade or so, More than 1000 local courier companies have mushroomed. It forced others to cut rates to remain competitive which resulted in poor service quality. Non-delivery of courier is core issue now. Remember India Post struggled with this issue in 90’s.  Except for few big names, you cannot trust any other courier company.

Business Model: After entering courier office,  you will be presented with 4-5 different options of Normal, Express, Super-Express or overnight delivery. The USP of courier company i.e. faster delivery is now being charged @ Premium rate. A 50 gm letter from Bangalore to New Delhi is charged @ Rs 120 with promise of 4th day delivery whereas same letter through Speed Post is charged @ Rs 35 with 3rd day delivery promise. Which option you will you prefer? Indian Customer is price sensitive and will definitely select value for money.

Reach: Even after 2 decades of operation, Customer cannot except delivery of a courier even outside city limits. Only handful courier companies are present in all district centers of India. Despite large scale migration, 68% population still live in rural areas. There is sharp increase in postal traffic between Urban & Rural areas which courier companies are not able to tap. Recently i visited office of very reputed courier company with my friend. My friend’s parents lives on outskirts of a city & courier company refused to accept courier. The reason was it is not cost effective to deliver at city outskirts.

Outsourcing: Outsourcing is good but it is bad word for logistics. Not many people know that courier companies are not managing end to end value chain like India Post. Different companies have mushroomed in each niche area. I had offline discussion with an Executive who work for company A which has delivery contract from 25 small/big courier companies for particular area. Company A collect all letters from 25 courier companies and deliver on their behalf. He disclosed all this because i complained to RBI regarding non-delivery of my credit card statements. He admitted that sometimes 1 delivery boy has to deliver 2000-2300 Letters in a day to keep cost under control. It is humanly impossible to deliver 2000 letters in 10 hours i.e. 200 letter per hour and approx 4 letters every minute considering break for lunch or travel time. He admitted that letters of reputed courier companies are delivered properly but in case of small companies approx 35%-40% letters are not delivered. These letters are destroyed at the end of the day. Out of 100 letters, complaint ratio is only 5%-7% which is acceptable. Rest of the recipients are not aware that they were suppose to receive some letter.

After these shocking revelations let’s understand how India Post transformed slowly and gradually.

Reach of Speed Post Centers: Speed Post is answer of India Post to Courier companies. Initially speed post was launched in few cities but now it links 1200 towns in India and deliver 1.4 Cr letters in a month. Speed post can be delivered anywhere in India and also India Post promise to refund speed post fees if the delivery is not within timeline. SLA of time bound delivery from Govt Organization is quite amazing. India Post realized that it can turnaround only by playing volume game and utilizing its vast network of 1.5 Lac post offices. In order to simplify rate structure India Post launched “One India One Rate” scheme under this a 50 gm letter can be delivered anywhere in India @ flat Rs 35 i.e. unlike courier companies there is “No” differential charging based on distance.

Tracking System: It was one of the grey area for India Post but now besides speed post even registered post can also be tracked online. The India Post tried to connect with internet generation who want reliable service at reasonable cost.

Cost: As i mentioned, the cost of speed post is almost One Third compared to courier cost. When i discussed this with private courier companies than there argument was that Govt is subsidizing the India Post therefore India Post can provide low cost service. I agree that India Post is a loss making unit but only because of over staffing. The economies of scale will further cut the cost if it is right sized.

Customer Experience: Last but not the least, me and my wife are using services of India Post from last 1 year. I keep sending my RTI Applications & personal letters through India Post. It is wonderful experience so far. My wife keeps sending parcels to various parts of country including villages on regular basis through Speed Post. Earlier she was using reputed courier service, out of 10 parcels 1 was getting lost & 2 were damaged. She is now saving approx half the cost in logistics which adds to her profit margin. Besides Cost Saving, Now all 10 parcels are reaching on time without any delay & damage. In-fact these days courier companies have stopped hand delivery rather drop the letters in letter box. India Post is much more reliable as the Postman delivery Registered Letter and Speed Post by Hand only :)

Only complaint i have with India Post is that i need to stand in queue for half an hour, which is good for India Post. The people from all strata of society can be found in a queue. It implies that India Post transformed from Poor Man’s courier to service provider delivering value.  I save approx 500 Rs every time i stand in queue for 1 speed post & 1 parcel. In my opinion the services of India Post is “Value for Money”. I will close this post with my favorite quote “A Rupee saved is Rupee Earned”